Can You Keep A Secret? by Sophie Kinsella
400 pages, Fiction from Dell

Over the past few days, I finished re-reading Can You Keep A Secret? by Sophie Kinsella more than ten years after it was published. I was able to purchase a paperback copy from PowerBooks in Metro Manila back in 2006, read it and subsequently forgot about it. I only saw the book again in a recent visit to one of the Borders outlets in Muscat.

The book’s heroine is marketing assistant Emma Corrigan, who has a few too many secrets to comfortably keep.

There are also too many parallels with the Shopaholic series, such as:

There are other similarities that I will probably recall later on, however, Can You Keep A Secret? is nonetheless fun enough on its own, if you approach it with no high expectations.

Here is the summary of Can You Keep A Secret? at Amazon.com:

When her plane en route from Glasgow to London experiences horrible turbulence, Emma Corrigan is convinced she is going to die.

She babbles all of her most intimate thoughts and secrets to the handsome American man sitting next to her. But the plane lands safely, and Emma bids him an awkward good-bye.

When she enters the office on Monday and learns the CEO of the company, Jack Harper, is in for a visit, Emma is horrified to learn Jack is actually the man in whom she confided on the flight. He knows everything, including that she hates her job and that she is not quite sure she loves her boyfriend.

But Jack does not fire her on the spot; instead, he quietly replaces the office coffeemaker she hates and gives her advice about her personal life, which she finds infuriating. So why can’t she stop thinking about him?

You have reached Wordscapism, the literary reviews and features blog of author and journalist Shirley Siaton-Parabia. 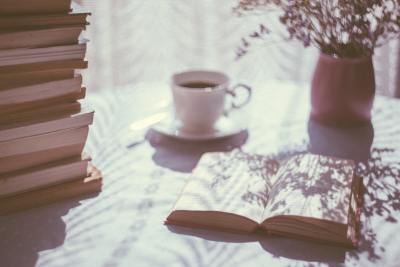